Hello my friends.....
Hope you are having a fabulous weekend so far! Mine has been great, a little more relaxed so that has been nice.... I actually Love it when Saturdays aren't so stressful..... just had a fun creative day! Love it! I was working on my layout for this weeks class, with one of my fave pictures!!!! Sharla posted this great little photo on her instagram and I LOVE it! What a great moment between these two sweet little girls! 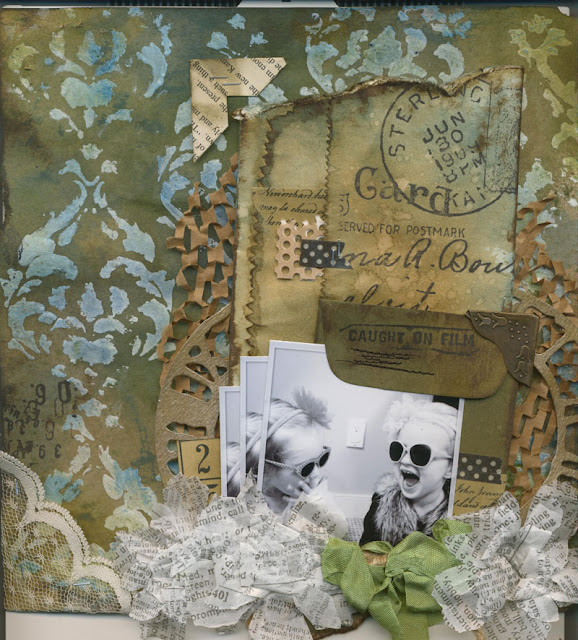 Hope you all have a fantastic rest of your weekend,

Lynn
ps I started my new Happiness Journal this week and I have to say that I LOVED it! New girls and everyone is just so excited about it! SO Fun!!!!! Can't wait until the next class! lol
Posted by Lynn at 4:40 PM No comments:

Sometimes...
i just sit back and think where in the heck am I going? What am I gonna do next...I have been doing a little bit of blog hopping tonight and just reading some of the blogs just amazes me! One in particular... Miss Lindsay Bateman.... She is so sweet.... amazing actually.... I first met Lindsay when she attended our Teresa Collins event that was hosted by Lori from The Scrapyard.... It was amazing, as are all of Lori's events, like I am serious every single one of them are better than the previous. And according to Teresa Collins herself she tells us that Canada was amazing! Not that we didn't know that but sometimes it is just so crazy good to be reminded!!!So the last little bit has been so awesome I can hardly believe it! Most of you know about my work being in the Tim Holtz booth at CHA and I have to say that I am still pinching myself.... I was telling a few gorls at my class this week that I wish sometimes that I was the screaming crazy kind of chick that when I saw my layouts in his booth I just went crazy!!!! yea most of you that know me know that I would so not do that! ( although wouldn't it be so freakin funny if I did??)

Alrighty maybe not....
Ok so maybe I wish i could at least put myself out there.... yea probably won't do that either.... that being said i am still so stinkin excited that I had some things in his booth... I hope that My stuff did his product justice....
On that note.....
I will leave you with this.....
cause I just love it.... Lori, Paula and I..... with my layouts in the background at the Tim holtz booth!!!! Yayyyyyyyyyy!!!!!

Hey everyone!
Hope you are all having a fantastic weekend so far! I am feeling so incredibly inspired by CHA and all that went along with it.... like crazy inspired!!! I wanted to share this weeks class with all of you and maybe even a couple more layouts from Tim's booth! Speaking of that you should all check out 'One lucky day'! Deb share a few of the happenings that go in to getting the booth set up for a trade show! Super fun, although a lot of work the finished product is so amazing that I think its worth it! I can hardly wait until the new product arrives at the Scrapyard!

so Here is the class for this week: 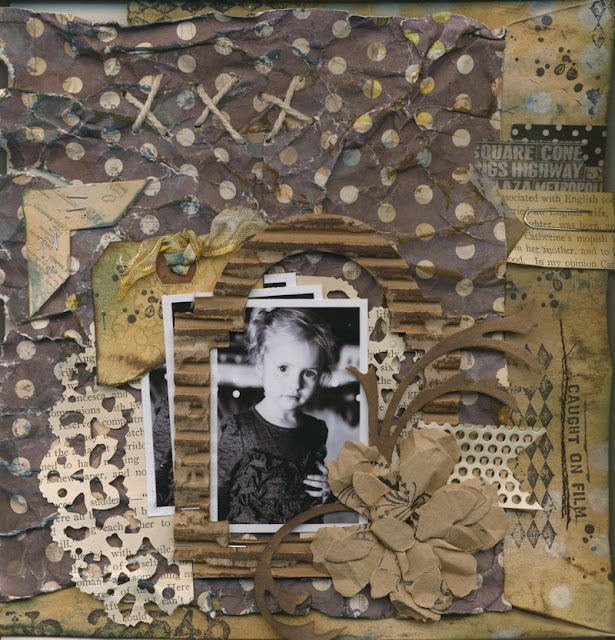 sweet Kianna! She us such a little sweetie!!

and a couple of the layouts from the booth! 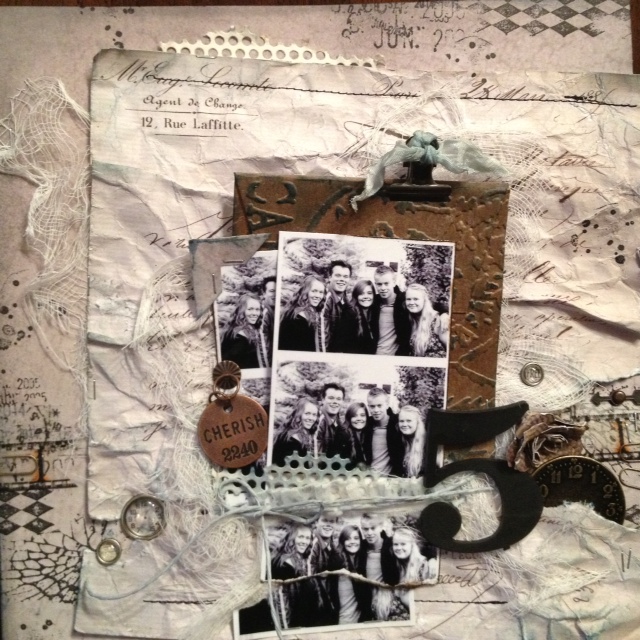 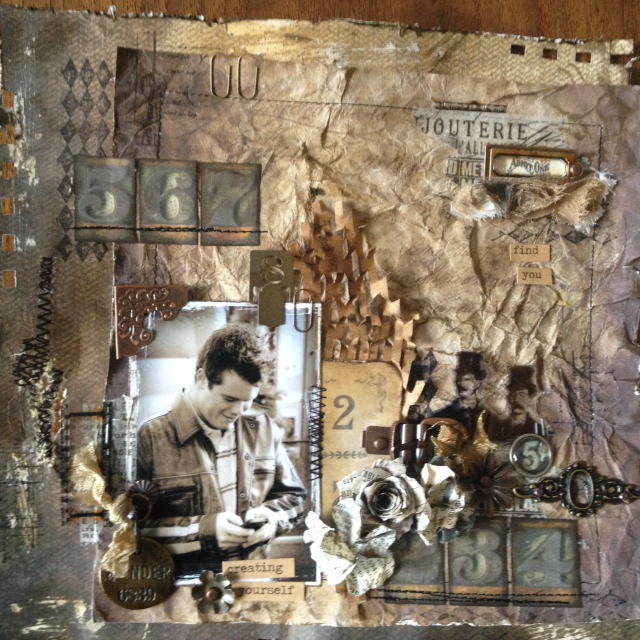 I have to say it was so fun to work with Tim's product! Differnet for me in a challenging way of course.... Loved it though!
Enjoy the rest of your weekend,

Until the next time...

So much Fun!!
so most of you know that Lori and I just returned from CHA in Anaheim California, and all I can say is WOW!!!! Simply amazing how we come back from there! Refreshed, excited, creative, relaxed, and just so full of inspiration! It was fabulous! There is so much talent out there it is seriously crazy! Not to mention that I had a few of my layouts in Mr. Tims booth and I have to say that was such a hilight!!! It was so exciting i was blown away! And believe me there is some serious talent in that booth! I have to admit that when I was first asked to do it...(after I pinched myself and jumped up and down screaming like a crazy person.... jk, but can you just imagine that? lol) I was like What????? I could never have my stuff in there, there is some amazing artists in that booth and I really didn't believe that I could be one of them! Anyways long story short I was and It was awesome!!! 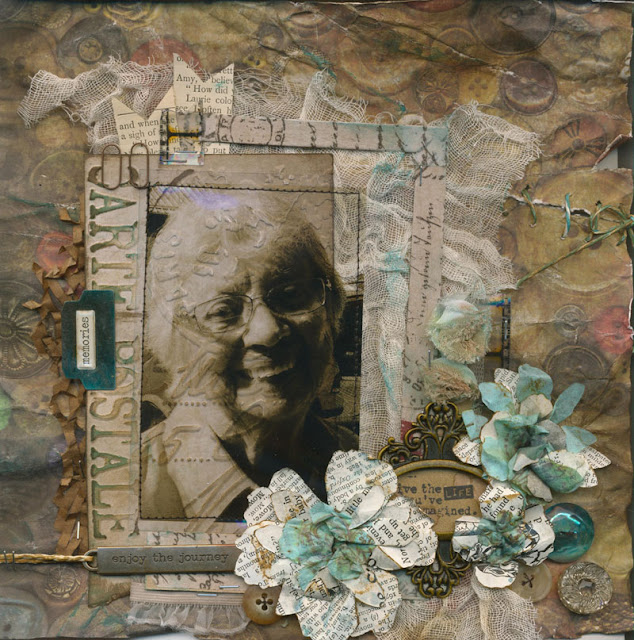 Here is one of the layouts from Tim's booth, I will add more soon! I will also add some photos of our teime in Anaheim at the show! I have to admit I thought of changing up my style and then i was like.... Lynnie give your head a shake, it really was good and some really cute stuff! We did lots of orders so hopefully it won't take too long for anything to come in.... speaking of that....

We are having our Imagine 2.0 event in April....
I know it may seem a bit early but we got stuff for our classes from CHA and I am giddy with excitement, I can hardly stand it actually! Make sure if you want one of the few spots left that you call the Scrapyard to save your spot! 403-271-2225

While we were away... OLW had a new word up!!! The word is resolution this time around, Miss Karla picked it this time around.... so for this year not only is my resolution "be me" that is my words to live by for this year!!! So if you would like to play along and do up a little something stop by the blog!
Here is what I created: 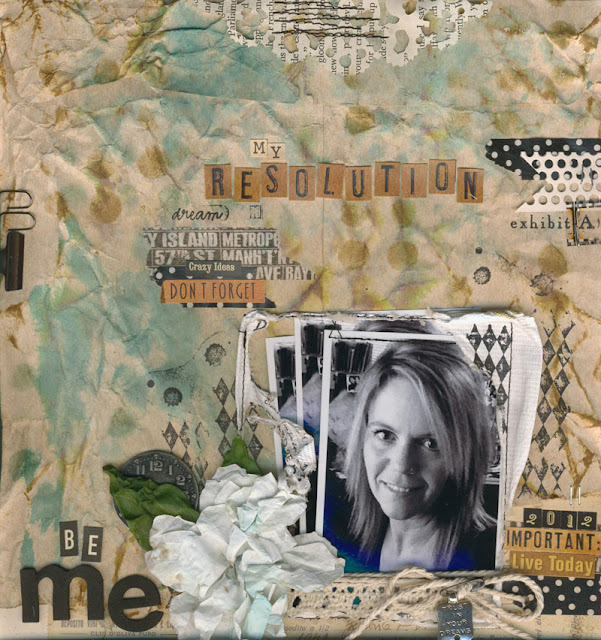 So peeps....until next time... and yes it will be soon since i have 4 classes next week,

Happy New Year!!
2013? wow how can that be? It has been a crazy year! Full of Joy and sadness, Ups and downs and of course lots of craziness! It is hard to believe though that another year is behind us....
Sad almost but I am sure that there will be lots of fun times ahead.....

I wish all of you a very happy healthy year ahead!!!

I know I haven't been on here in awhile and I am sorry for that, Doing designs for CHA has kept me pretty much really super busy! In a good way though, I LOVED every minute of it! So fun!
Lori and I are leaving for Anaheim next week so we will keep you all posted from CHA!!

I can't wait actually, it will be amazing as always!

Here is the layout for this week... 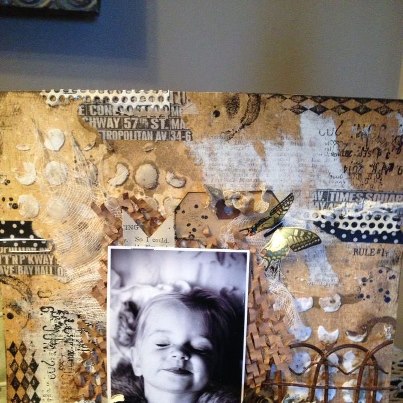 Until the next time my friends...

Welcome to my blog..... this is a place that is all mine... I can say what I want, post what I want and most of all share somethings about my crazy, busy chaotic life! Oh and maybe post a little bit of inspiration!!! I hope you will grab a cup of java and stay awhile! oh and feel free to leave my comments cause that just makes my day.....